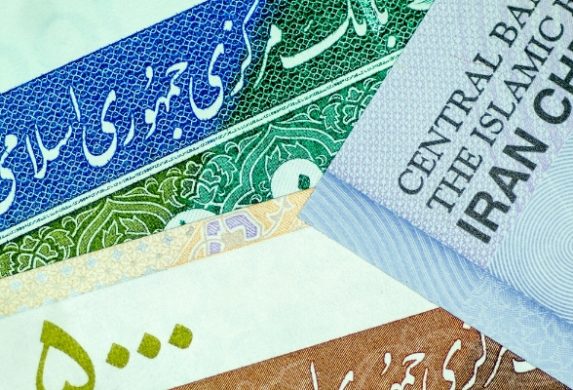 For over a year, European governments have been struggling to determine how they can create a financing facility for projects in Iran. Access to external finance was a major expectation of the sanctions relief promised in return for Iran’s implementation of the JCPOA nuclear deal. With the full return of US sanctions just weeks away, […] 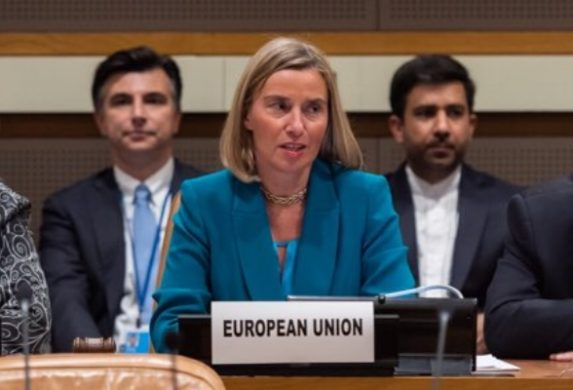 The European Union said Monday its members would set up a payment system to allow oil companies and businesses to continue trading with Iran in a bid to evade sanctions after the US withdrew from a nuclear agreement. Iran and the European Union announced their defiance towards US President Donald Trump’s administration after high-level talks at the United Nations among the remaining […] 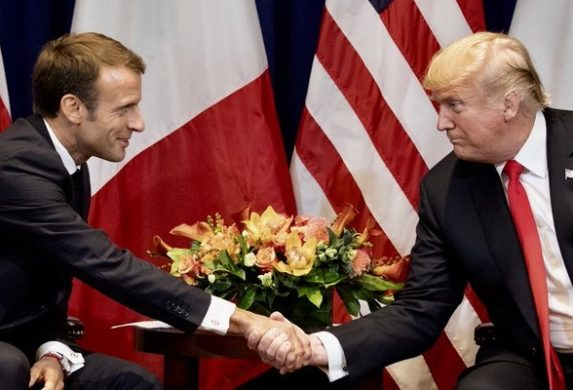 French President Emmanuel Macron said Tuesday that Iran should be allowed to keep selling oil and urged dialogue as he rejected a US push to isolate the clerical regime. Speaking to reporters after addressing the United Nations General Assembly, Macron said that Iranian sales would bring down the price of oil—a professed concern of US President Donald Trump. “It would be […] 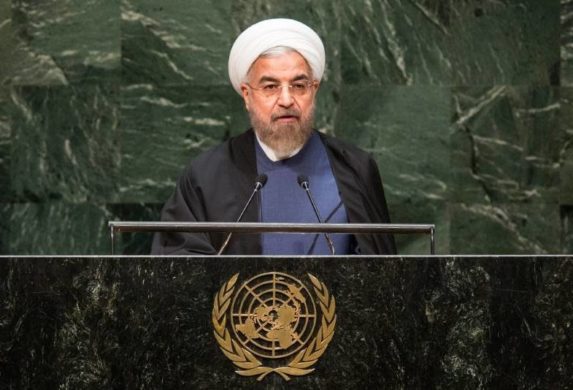 Rouhani Warns U.S. on Sanctions, Does Not Rule out Talks

NEW YORK (Reuters) – Iranian President Hassan Rouhani on Monday warned the United States against pursuing hostile policies toward Tehran, saying preventing Iran from exporting oil would be “very dangerous”, though he did not rule out talks between the two countries. In May, U.S. President Donald Trump pulled out of the 2015 international nuclear deal […] 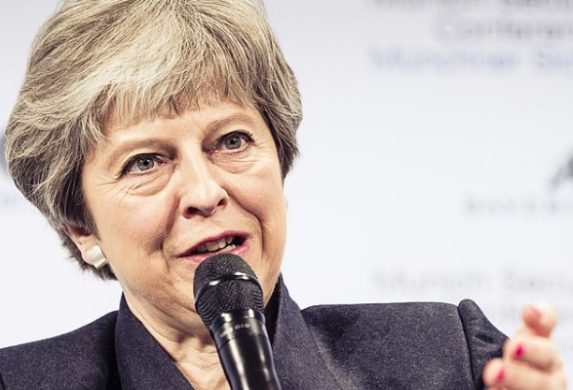 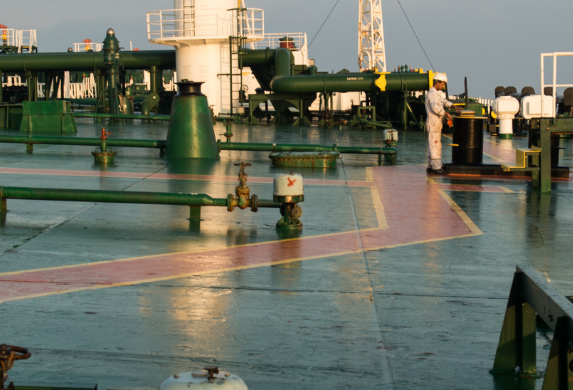 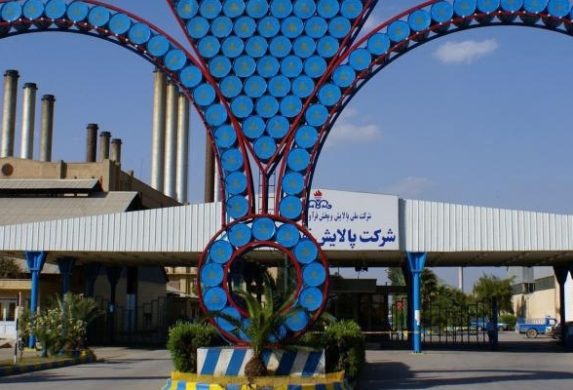 China’s state-controlled Sinopec is pressing ahead with a USD 1.06bn upgrade project at Iran’s 400,000 b/d Abadan refinery, despite the imminent return of US sanctions on Iran’s energy sector. Sinopec is contracted to build a new 210,000 b/d crude distillation unit (CDU) to replace three distillation units with a combined 250,000 b/d that were built […] 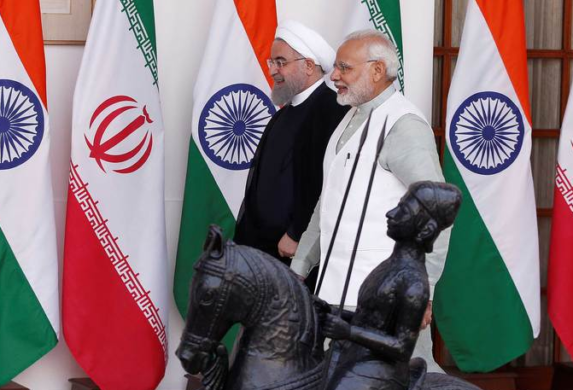 Amid reports of detailed talks between the United States and India to cut New Delhi’s oil imports from Iran, Indian refiners are reportedly moving to reduce their crude loadings from the Islamic Republic. Yet, India has also taken the step of allowing its state refiners to use Iranian tankers and shipping insurance ahead of the re-imposition of US sanctions targeting Iranian […] 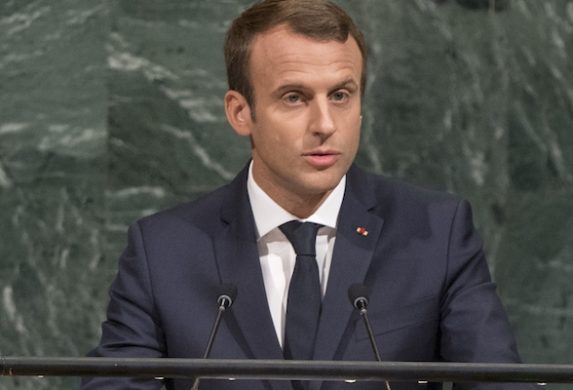 President Emmanuel Macron will separately meet his US and Iranian counterparts, Donald Trump and Hassan Rouhani, during the UN General Assembly in New York next week, the French presidency said Wednesday. Macron will meet Trump on Monday afternoon before having dinner with UN Secretary General Antonio Guterres. On Tuesday, the French President will address the assembly and hold talks with Rouhani, an Elysee […] 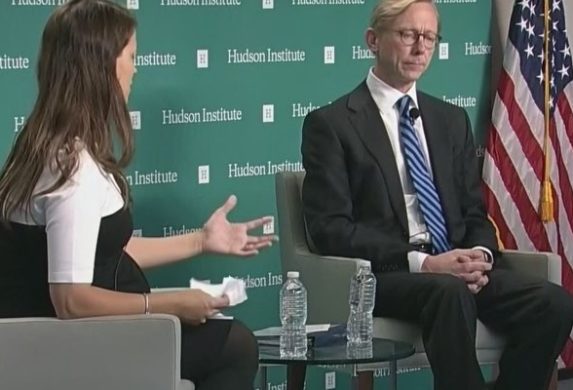 US Still Ready to Talk to Iran: Official

US leaders remain ready to negotiate with their Iranian counterparts but Tehran is still refusing President Donald Trump’s overture to do so, a senior US official said Wednesday. Trump and Secretary of State Mike Pompeo “have all made clear that we are ready to negotiate and to have those discussions,” Brian Hook, the US special representative for Iran, told the […] 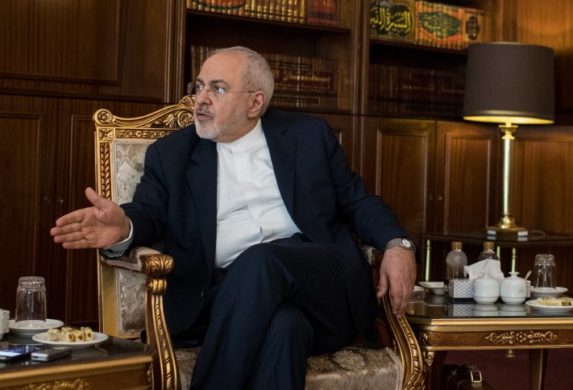 Interview with Iranian Foreign Minister: ‘The Nuclear Agreement Is Not a Love Affair’

DER SPIEGEL: Mr. Foreign Minister, in May, United States President Donald Trump unilaterally withdrew from the Iran nuclear deal. In August, sanctions against your country were reimposed and since then, the Iranian economy has been struggling. Do you feel as though you have been left in the lurch by Europe? Zarif: The Europeans are facing a very fundamental […] 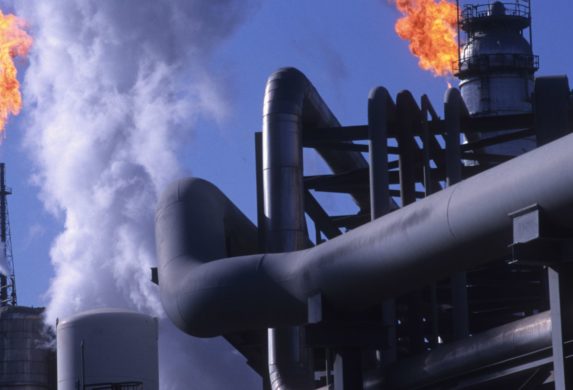 US Sanctions on Iran Are ‘Unproductive’ and ‘Wrong’, Russia’s Energy Minister Says

U.S. sanctions on Iran’s oil industry are unproductive and there will be consequences to such a move, Russian Energy Minister Alexander Novak told CNBC. “Our position remains that this is unproductive, this is wrong,” Novak said when asked about the possible impact U.S. sanctions on Iran’s oil industry could have. “It is better to continue working […] 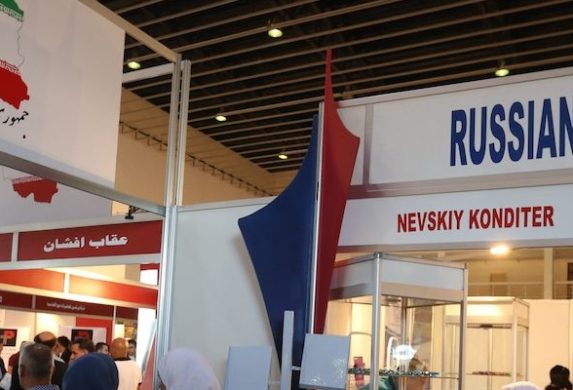 Companies from dozens of countries are showing their wares at the Damascus International Fair this week, but those from two in particular are getting special treatment—Russia and Iran. Firms from the top two wartime allies of Syria’s government are set up in an entirely separate building, hinting at the preferred status they hope to enjoy as the country tries […] 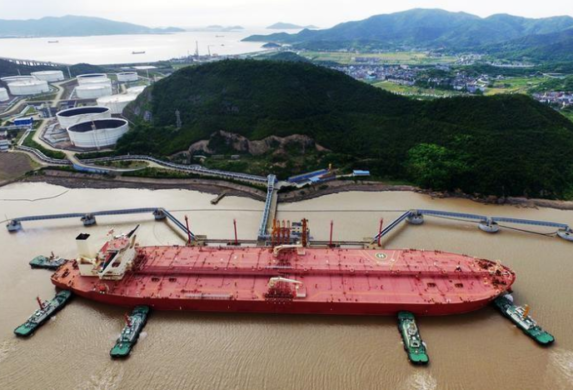 LONDON (Reuters) – Oil traders have become much more concerned in recent weeks about the potential impact of U.S. sanctions on Iran and the effect on the availability of crude at the end of the year. Brent futures for November have moved to a premium of 45 cents a barrel over the December contract, in […] 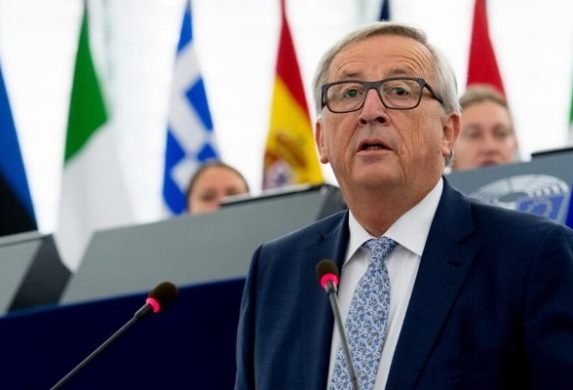 For Iran, EUR 18 million represents just a drop in the bucket in terms of the foreign direct investment that the country needs for its economic development. But in terms of development funding, this amount, an initial tranche of a larger EUR 50 million bilateral allocation introduced by the European Commission and the European External […] 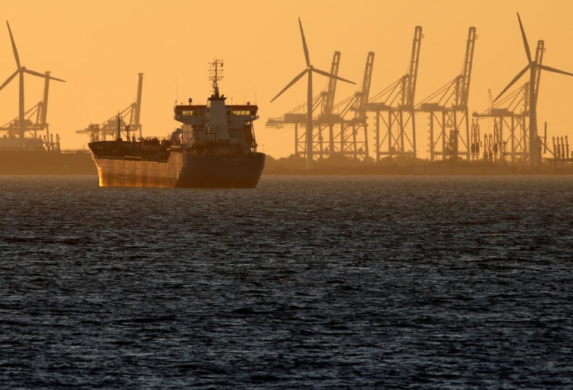 Oil Up over Two Percent on Concerns over Iran, Slower U.S. Output Growth

NEW YORK (Reuters) – Oil prices rose more than 2 percent on Tuesday as U.S. sanctions squeezed Iranian crude exports and after U.S. crude oil production in 2019 was forecast to grow at a slower rate than previously expected, prompting supply concerns. Since spring when the Trump Administration said it would impose sanctions on Iran, […] 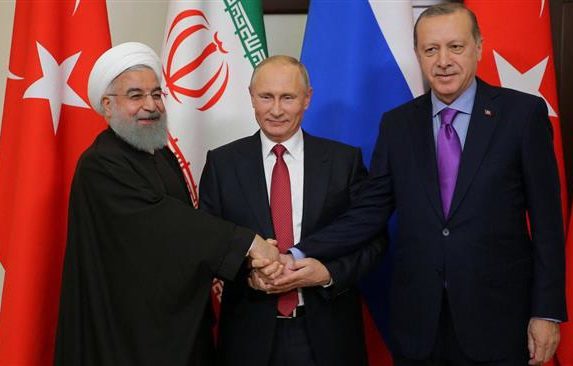 Why Iran Prefers The Eastern Bloc Over The West

As the military phase of the Syrian conflict reaches its final stages, the leaders of Russia, Iran, and Turkey met in Tehran on September 9 and reiterated in a joint statement that a political solution to the Syrian conflict requires inclusive, free, and fair elections with the participation of all eligible Syrians under appropriate UN supervision. They […] 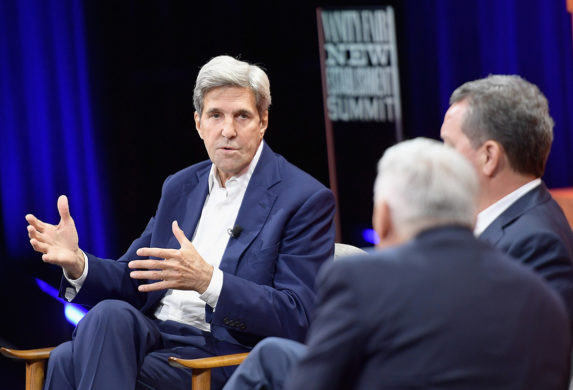 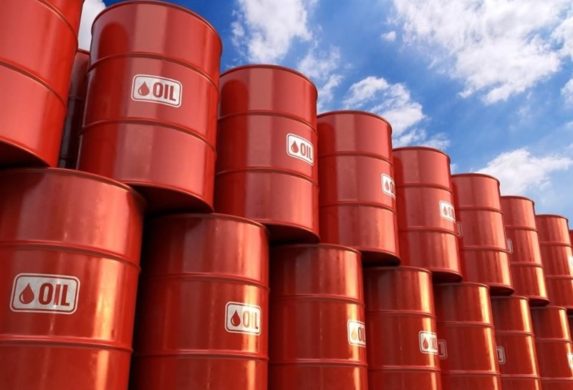 China’s Iranian Crude Imports Seen to Have Peaked at 874,000 b/d in Aug

Singapore — China’s crude imports from Iran are likely to have peaked in August at 874,000 b/d ahead of the looming re-imposition of US sanctions in November, according to S&P Global Platts’ trade tracker cFlow. The imports in August included barrels directly shipped to China and a VLCC cargo that offloaded in Myanmar and was reportedly […] 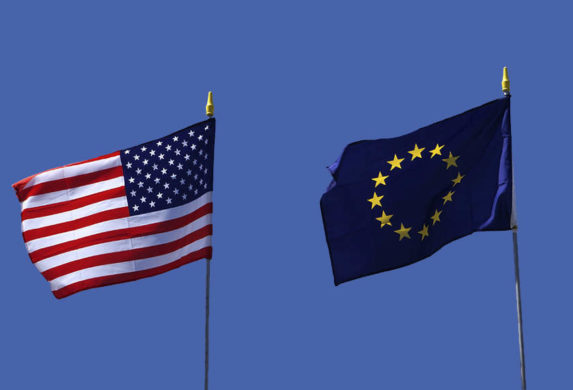 The Buck Stops Here: Europe Seeks Alternative to U.S.-Dominated Financial System. Germany and France Complain That the U.S. Is Abusing Sanctions Power to Bully Even Its Allies.

In a sign of how serious the breach between Europe and the United States is during the Trump era, senior officials in France and Germany are increasingly planning ways to sidestep U.S. financial dominance and the global sanctions power that goes with it. German Foreign Minister Heiko Maas late last month called for Europe to achieve financial […] 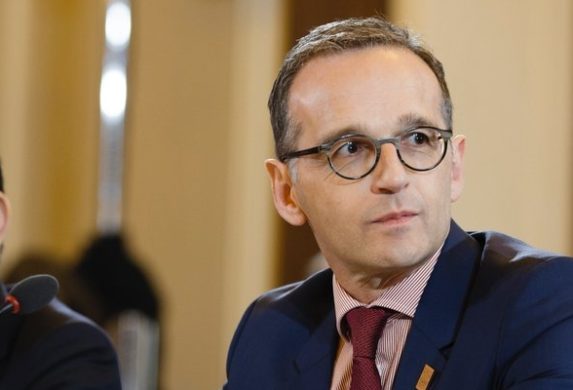 Can Europe Defend Itself And Iran From U.S. Sanctions?

n an op-ed published in the German newspaper Handelsblatt, German Foreign Minister Heiko Maas declared that the “the US and Europe have been drifting apart for years.” Nowhere is this clearer than in the disagreement between the United States and Europe over the fate of the Iran nuclear deal. When President Trump withdrew from the Joint Comprehensive Plan […] 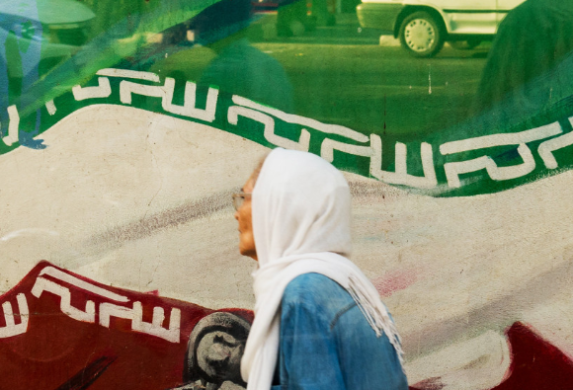 Iran has given European parties to the nuclear deal until Nov. 4 — the start of U.S. sanctions against its vital oil industry — to come up with ways to offset the impact, suggesting it may otherwise pull out. Iran has “clearly announced” to European nations that if its “main interests” in the nuclear agreement […] 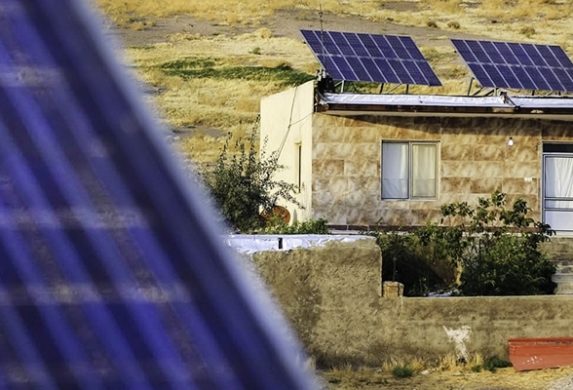 Can Chinese Investment Bring Sunshine Back to Iran’s Solar Industry?

Renewable energy has been one of the brightest sectors in the Iranian economy, achieving 70 percent growth in the last Iranian year according to official data. There are currently 85 large-scale and more than 1,850 small-scale renewable power plants feeding electricity into the national grid. The overall capacity of renewable power plants in Iran reached 637 MW […] 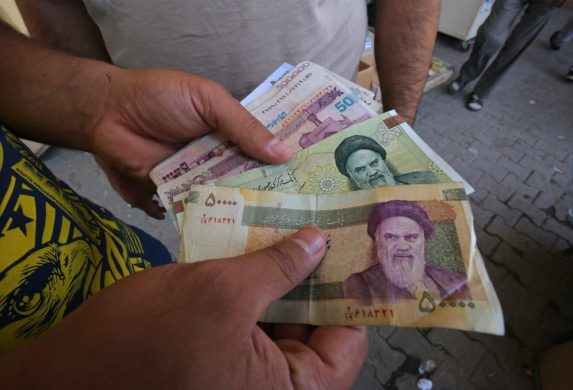 WASHINGTON — America’s allies in Europe are plotting ways to bypass President Donald Trump’s sanctions on Iran as they work to keep the nuclear deal alive without the United States. With a second round of U.S. sanctions set to take effect in November, European officials are working at cross-purposes with Trump’s “maximum pressure” campaign as they try to […] 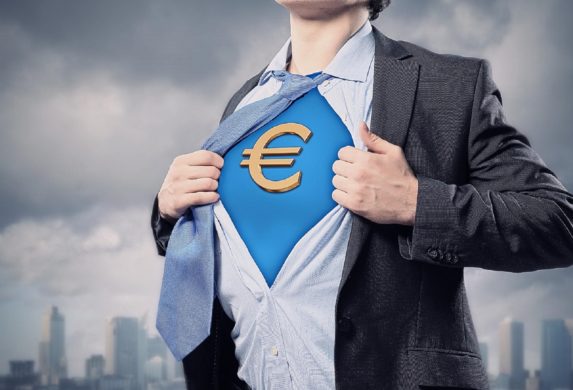 Making Europe Financially Independent, One Transaction at a Time 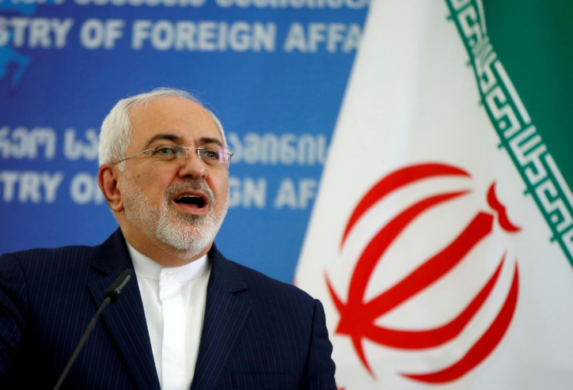 DUBAI (Reuters) – European countries should take action and be willing to pay the costs to reap benefits from Iran’s nuclear deal with world powers, Iranian Foreign Minister Mohammad Javad Zarif was quoted as saying on Saturday by the state news agency IRNA. “It is time for the Europeans to act in addition to voicing […]