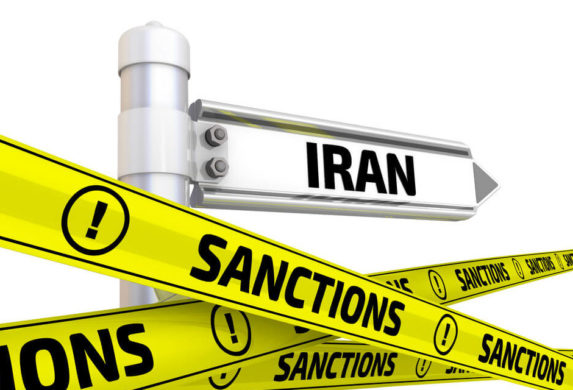 The next round of economic sanctions on Iran, which will start going into effect on Nov.4, will mainly target the country’s oil and gas industries. These sanctions were eased after the 2015 signing of the Joint Comprehensive Plan of Action (JCPOA), commonly known as the Iran nuclear deal, but are being phased back in following President Donald […] 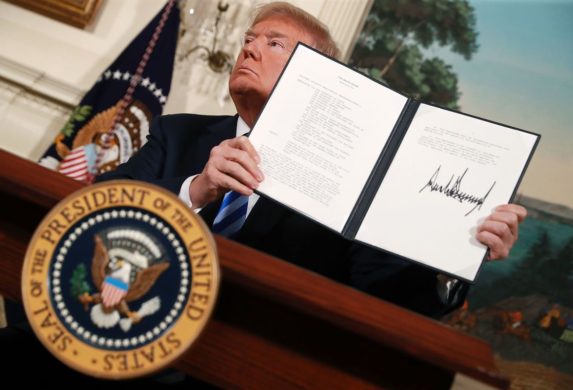 What Would Reagan Do on Iran? If Washington wants to pressure Tehran, the White House should stop alienating allies, empowering hard-liners, and harming regular Iranians.

Despite Saudi Arabia’s admission that the killing of journalist Jamal Khashoggi earlier this month was premeditated, the Trump administration appears determined to maintain the U.S. partnership with Saudi Arabia, the United Arab Emirates, and Israel to put unprecedented pressure on Iran. The next step in this master plan will be the Nov. 5 full reimposition […] 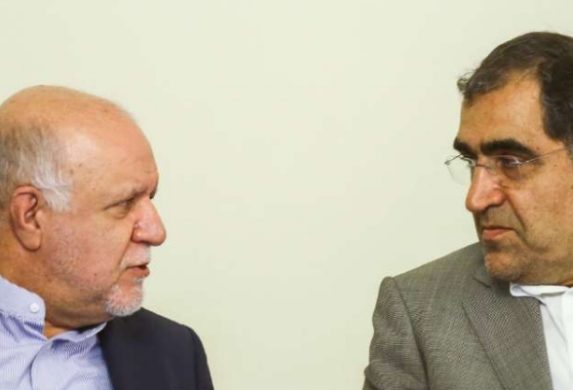 Iran Sells Oil on Exchange in Bid to Counter Sanctions

Iran sold oil to private buyers through its energy exchange for the first time on Sunday, as part of its efforts to counter the imminent return of US sanctions. Only 280,000 barrels were sold out of one million offered, and went for USD 74.85 per barrel, more than USD 4 below the initial asking price. The identity […] 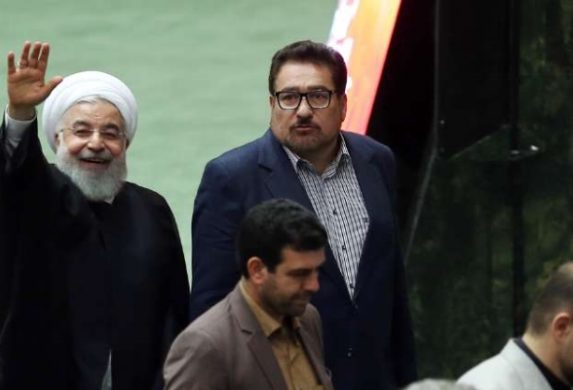 Europe Support Against US ‘Rare Victory’ for Iran: Rouhani

President Hassan Rouhani said Saturday that the divisions between the US and Europe over renewed sanctions on Iran were a “rare historical victory” for the Islamic republic. “If this time last year, we had stated that America would stand against the great nation of Iran… and Europe would stand with Iran and against America, the overwhelming majority of us… […] 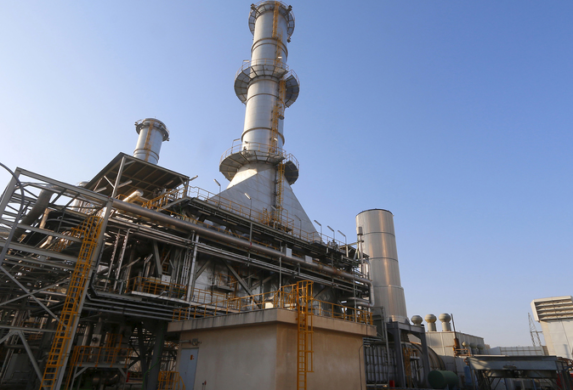 Iran wants to boost its Syrian profile, and presence, by plugging into that country’s electrical sector needs. While fighting and military actions seem to be subsiding in the country, talk of reconstruction is surfacing as the Syrian government’s allies, namely Russia and Iran, seek to secure contracts to rebuild devastated sectors. Tehran is facing US sanctions aimed at undermining its financial capability. Yet Iran is one of the […] 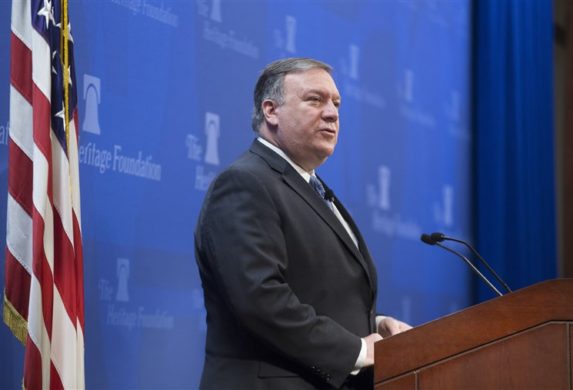 In the November/December issue of Foreign Affairs, U.S. Secretary of State Mike Pompeo outlines President Donald Trump’s strategy for “confronting Iran.” Pompeo describes an Iranian regime hell-bent on dominating the Middle East, and he argues that Trump is determined to overturn the supposed inclination of past U.S. administrations—especially the Obama administration—to accommodate the mullahs in Tehran. In particular, Pompeo reiterates […] 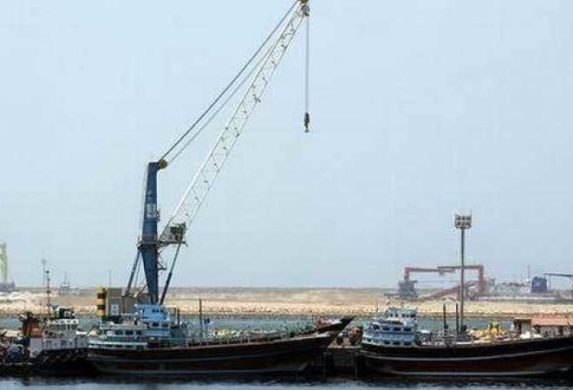 NEW DELHI: The first trilateral meeting between India, Afghanistan and Iran of the Coordination Council of the Chabahar Agreement took place Tuesday in Tehran. The three-nation Chabahar Agreement envisages a transport and transit corridor connecting Iran’s Chabahar Port with landlocked Afghanistan, which would allow Indian goods to be shipped not just to Afghanistan, but eventually […] 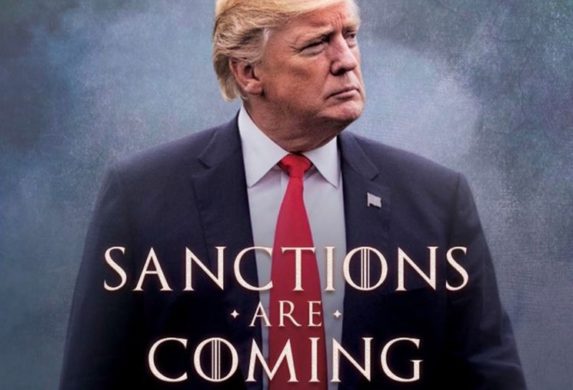 Trump Can’t Put ‘Maximum Pressure’ on Tehran and Keep Gas Prices Low Something’s going to have to give, and it will probably be the sanctions

On Nov. 4, U.S. sanctions on Iranian oil exports will go back into force after they were suspended following the 2015 Iran nuclear deal. Less than a month before that deadline, Iran’s oil sales are already tanking. The United States would like to see them fall further. In July, U.S. Secretary of State Mike Pompeo […] 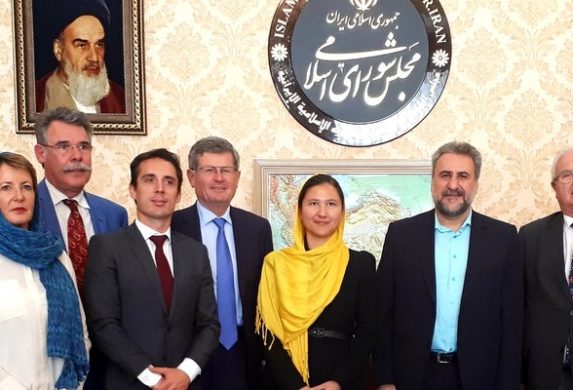 European nations are seeking to ensure at least one Iranian bank stays connected to the world after the US imposed new sanctions against the country, a French senator said in Tehran on Sunday. The United States pulled out of a landmark 2015 nuclear deal with Iran in May and has been reimposing punishing sanctions on the Islamic republic, targeting […] 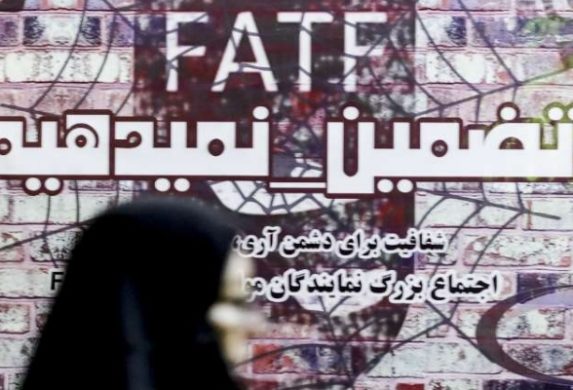 The Financial Action Task Force has granted Iran until February to complete necessary reforms in the area of anti-money laundering and combating financing of terrorism. In a statement issued following the conclusion of the group’s plenary meeting in Paris, the FATF announced that it had “decided at its meeting this week to continue the suspension […] 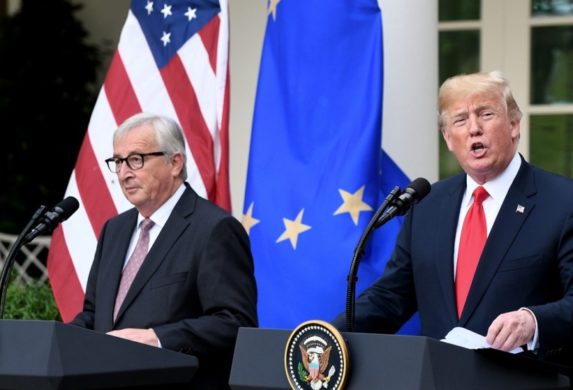 EU Enlists Asia in Anti-Trump Push on Trade and Climate

The European Union won Asian political support in campaigns aimed at countering U.S. President Donald Trump’s challenges to global trade rules, the fight against climate change and the international nuclear accord with Iran. In a final statement at an Asia-Europe summit in Brussels on Friday, the EU said the government leaders agreed on “the vital […] 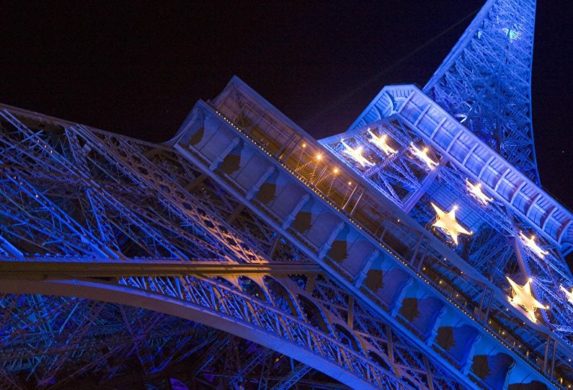 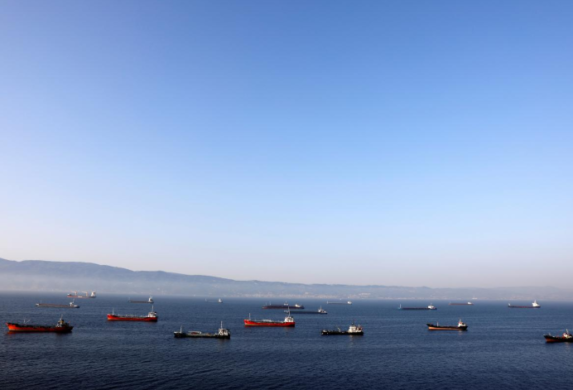 WASHINGTON (Reuters) – Turkey’s top refiner, Tupras, is in talks with U.S. officials to obtain a waiver allowing it to keep buying Iranian oil after Washington reinstates sanctions on the Islamic Republic’s energy sector in November, industry sources said. The United States is preparing to impose the new sanctions on Iran’s oil industry after Washington […] 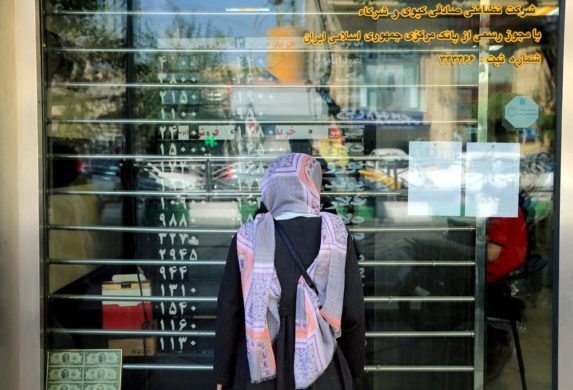 White House officials are worried that the apparent killing of the dissident journalist Jamal Khashoggi, and Saudi Arabia’s changing account of his fate, could derail a showdown with Iran and jeopardize plans to enlist Saudi help to avoid disrupting the oil market. Officials said the dilemma comes at a fraught moment for the Trump administration, which is expected […] 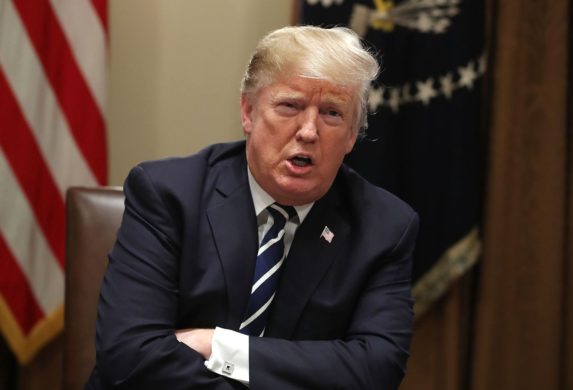 The Use and Misuse of Economic Statecraft: How Washington is Abusing Its Financial Might

Since the end of the Cold War, the United States has come to rely more and more on economic tools to advance its foreign policy goals. Some of these tools, such as sanctions, involve the direct application of economic pressure. Others, such as the promotion of free trade and open markets, work by changing other […] 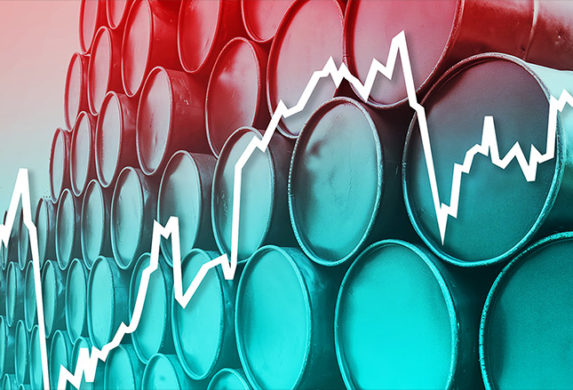 MRPL Expects India to Get Waiver from U.S. Sanctions on Iran This Month: Official

NEW DELHI (Reuters) – India’s Mangalore Refinery and Petrochemicals Ltd (MRPL) expects India to get a waiver from U.S. sanctions on Iranian oil exports this month, a company official said on Tuesday. The United States plans to impose new sanctions targeting Iran’s oil sector on Nov. 4 to try to stop the country’s involvement in […] 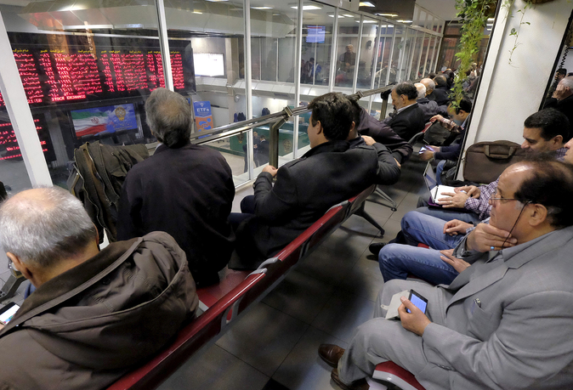 Analysis: How the Tehran Stock Exchange rally could benefit the Iranian economy

The Tehran Stock Exchange (TSE) has hit astonishingly new highs in past months, netting a return of above 15% in the week ending Sept. 26 alone — the highest weekly rise in its over half a century of existence. Since the start of the Iranian year on March 21, the TSE index has risen almost 90%, while its average volume […] 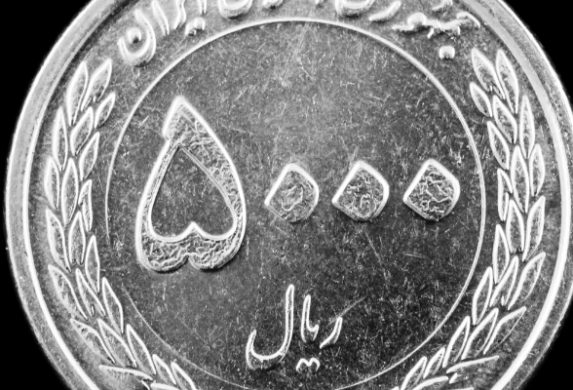 As part of the effort to salvage the Iran nuclear deal, European governments have vowed to sustain their economic ties – not least their banking connections – with Iran. From 4 November, American sanctions targeting Iran’s banks will make it extremely difficult for European companies to engage in transactions with firms in the country. Many […] 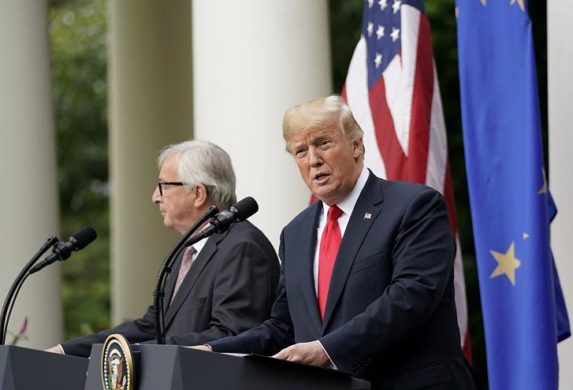 Iran Widens an Already Huge Rift Between Europe and U.S.

BRUSSELS — Of all the issues dividing Europe and the Trump administration, Iran has become the sharpest, with the Europeans actively working against United States policy, placing them in league with Russia, China and Iran. Since earlier this year, when it pulled out of the Iran nuclear deal that was a centerpiece of former President Barack Obama’s […] 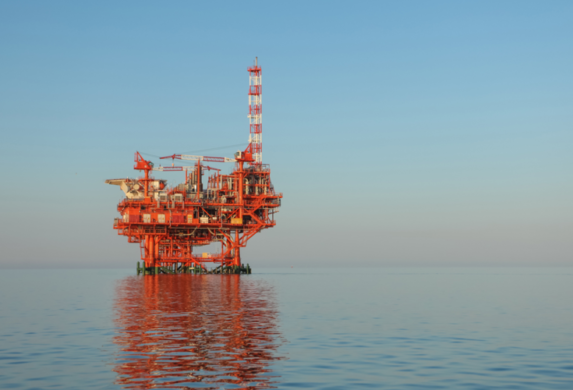 LONDON (Reuters) – The United States has granted BP (BP.L) and Serica Energy (SQZ.L) a new licence to run a North Sea gas field partly owned by Iran in a rare exemption by U.S. President Donald Trump’s administration as it prepares to renew sanctions on Tehran next month. The waiver extension will allow Serica to […] 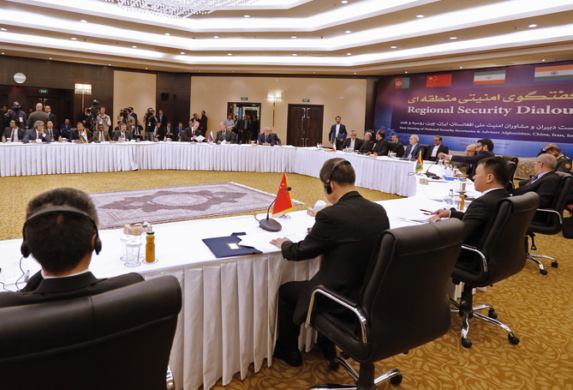 Tehran hosted national security and deputy national security advisers from China, India, Russia and Afghanistan on Sept. 26, in what was billed as the first Regional Security Dialogue. According to Keyvan Khosravi, spokesman for the Iranian Supreme National Security Council, the one-day meeting, initiated by Iran, primarily aimed at “finding joint measures for fighting terrorism and preventing its spread to Central Asia, […] 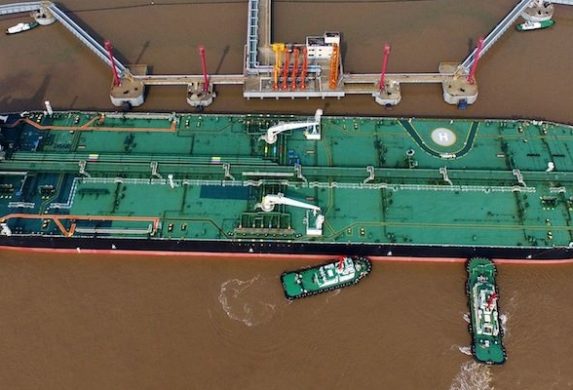 Iran’s Oil Exports May Be More Resilient Than Headlines Suggest

Iran is resorting to “Houdini tricks” to sustain oil exports as US sanctions loom. New data suggests the magic might be working. With new sleights of hand including disappearing oil tankers, the use of floating storage, and ship-to-ship transfers, tracking Iranian exports is getting harder than ever, leading to divergent estimates from oil analysts. While […] 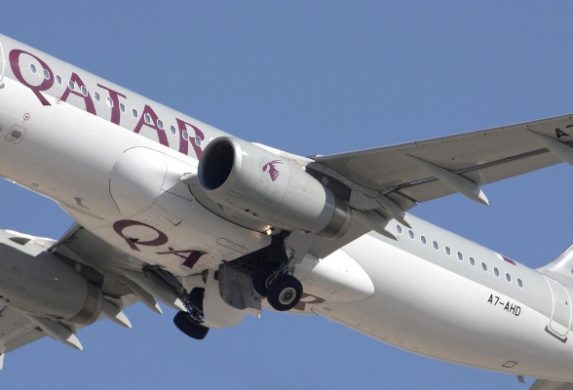 US sanctions on Iran will not impact Qatar Airways’ flights to the Islamic republic, the airline’s boss Akbar al-Baker said on Monday. Speaking at a high-profile business conference in the Qatari capital Doha, Baker said services to Iran would continue despite a tightening economic and political squeeze on Iran by Washington. “Aviation is not a sanctioned industry, Qatar Airways […] 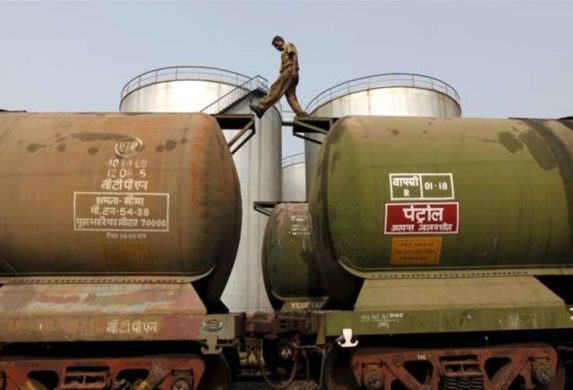 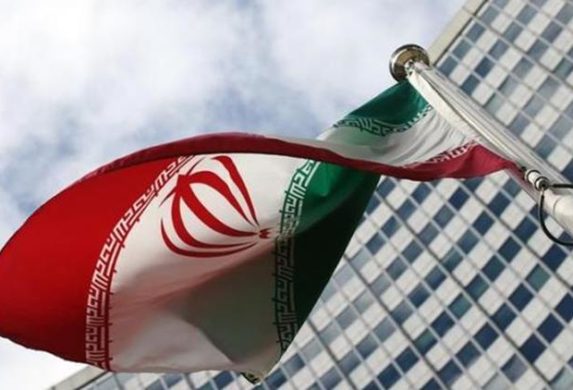 WASHINGTON (Reuters) – The Trump administration is actively considering waivers on sanctions it will reimpose next month for countries that are reducing their imports of Iranian oil, a U.S. government official said on Friday. The administration withdrew from a deal over Tehran’s nuclear program in May and is unilaterally reimposing sanctions on Iran’s crude oil […] 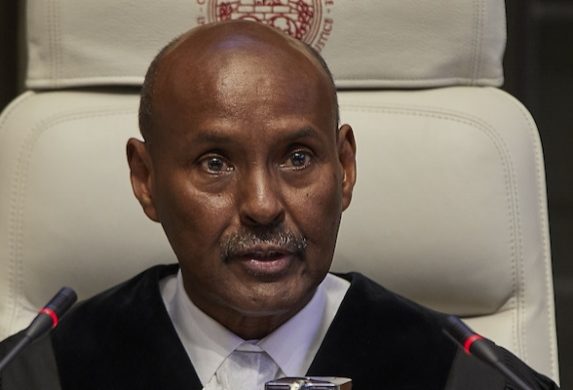 The UN’s top court ordered the United States on Wednesday to lift sanctions on humanitarian goods for Iran, in a stinging rebuke for the Trump administration which nonetheless made clear the decision would change nothing. Tehran declared victory after the International Court of Justice ruled that sanctions reimposed after President Donald Trump pulled out of a nuclear deal put Iranian […]