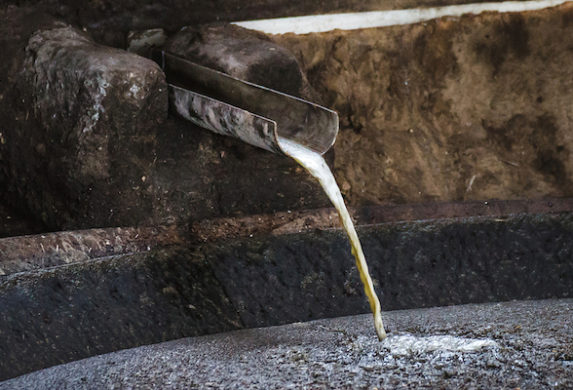 Sanctioned by the U.S., Iran has found a sweet way to use the cash it is accumulated from trading oil: Purchase sugar from India. Iran is struggling to spend the rupees it’s made from oil sales to India that are sitting in the south Asian nation’s banks. Meanwhile, sugar stockpiles are stacking up in India […] 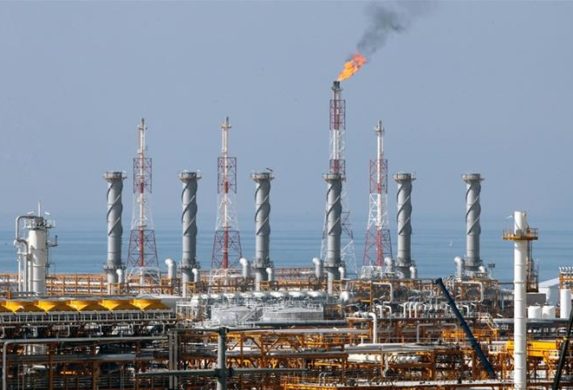 Dubai — Iran is ready to increase natural gas exports to Armenia, and is willing to start talks about shipping the fuel to Georgia, Mehr news agency reported, citing President Hassan Rouhani. “We are prepared to negotiate for the export of gas through Armenia to Georgia, as well as the connection of the Persian Gulf to […] 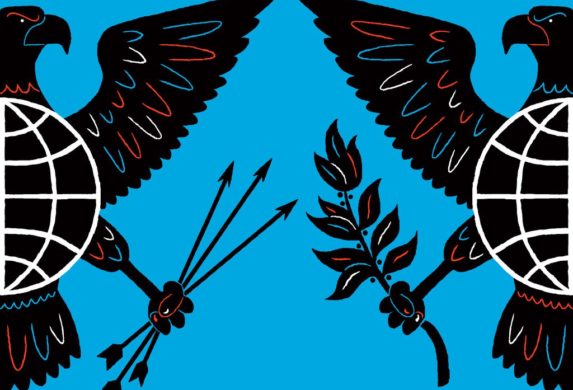 A Clash Is Coming Over America’s Place in the World

In the past several months, a meaningful debate has finally started to emerge over America’s role in the world. Politicians and analysts — left, right and center — are conceding that longstanding mistakes have brought the United States to an uncertain moment. Provoked by President Trump, they are concluding that the bipartisan consensus forged in […] 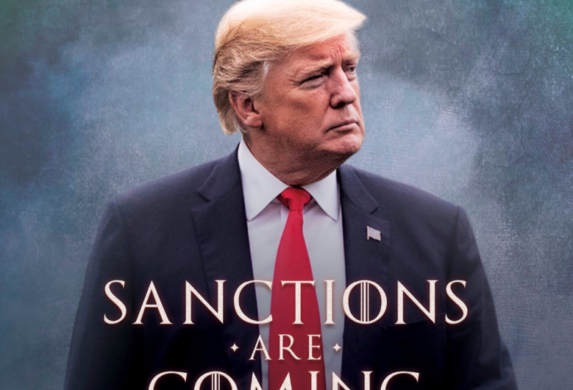 Correlation Does Not Equal Compellence: The Weak Evidence for Sanctions

Last November, Nicholas Mulder sparked a debate about the place of sanctions in the toolbox for progressive foreign policy, writing in The Nation that progressives must “move beyond the dominant consensus on how to deal with foreign policy problems as framed by the establishment, in which there are only two flavors: the mild option of sanctions and […] 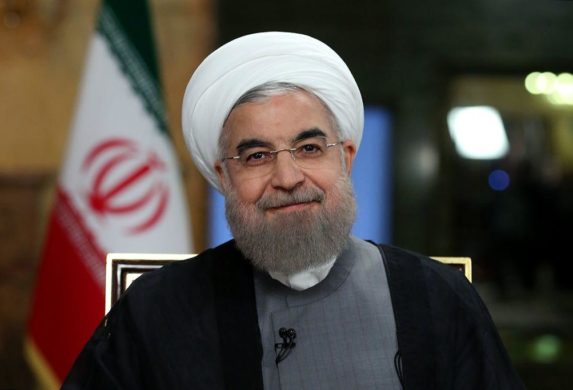 President Hassan Rouhani said the investment arm of Iran’s main social security provider must be privatized as part of a wider effort to scale back inefficient public-sector involvement in the economy. “The promise I have made to the parliament and people is that next year will be the year of privatization of large companies, including […] 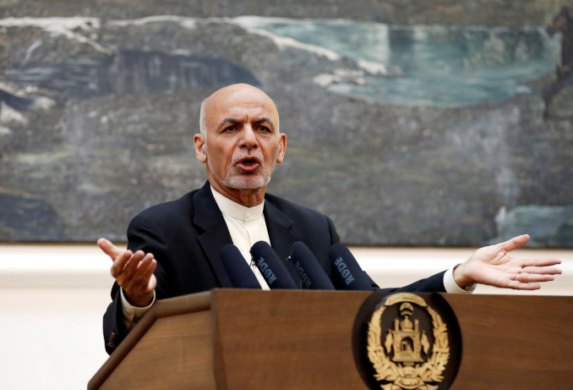 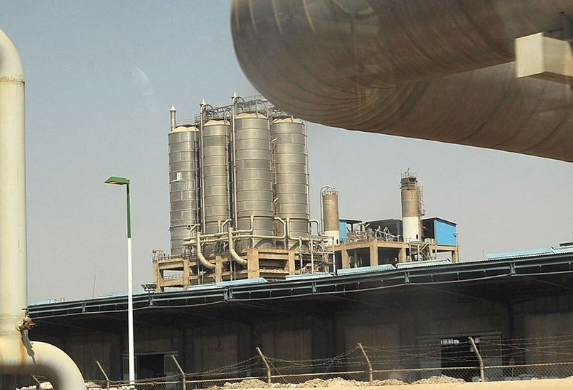 Iraq Says It Will Continue Sanctions-Busting Imports From Iran

Iraq is close to finalizing a deal that will allow it to import Iranian energy despite American sanctions by avoiding the U.S. dollar, an Iraqi official said. “A big delegation came from the Iranian central bank and the idea was proposed to trade with Iran in euros,” Abdulkarim Hashim Mustafa, special adviser to Iraq’s prime […] 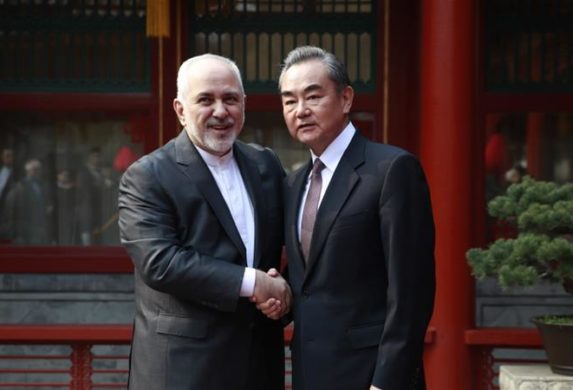 Ahead of Saudi visit, China seeks ‘deeper trust’ with Iran 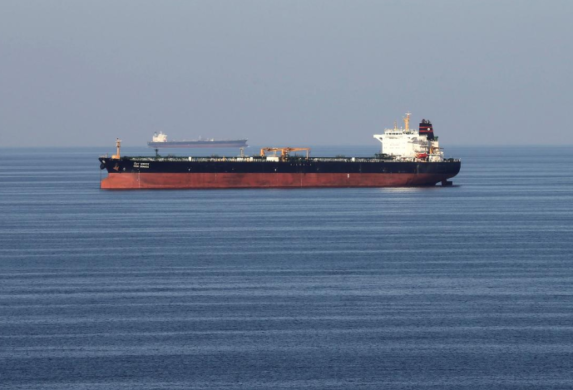 LONDON (Reuters) – Iran’s exports of crude oil were higher than expected in January and are at least holding steady this month, according to tanker data and industry sources, as some customers have increased purchases due to waivers from U.S. sanctions. Shipments are averaging 1.25 million barrels per day (bpd) in February, Refinitiv Eikon data […] 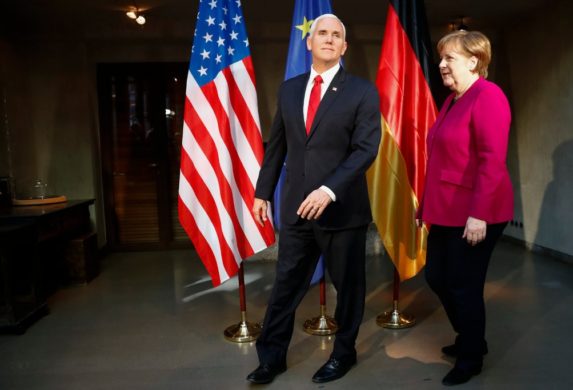 Rift Between Trump and Europe Is Now Open and Angry

MUNICH — European leaders have long been alarmed that President Trump’s words and Twitter messages could undo a trans-Atlantic alliance that had grown stronger over seven decades. They had clung to the hope that those ties would bear up under the strain. But in the last few days of a prestigious annual security conference in […] 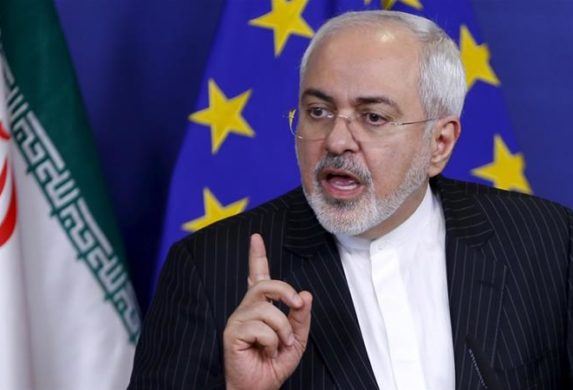 MUNICH, Germany — The U.S. is trying desperately to isolate Iran, but on Sunday Iranian Foreign Minister Mohammad Javad Zarif seized the stage of the world’s premier security conference. He held the audience of power-brokers rapt for nearly 40 minutes as he thrashed the Trump administration, fired a pointed demand at Europe to do more […] 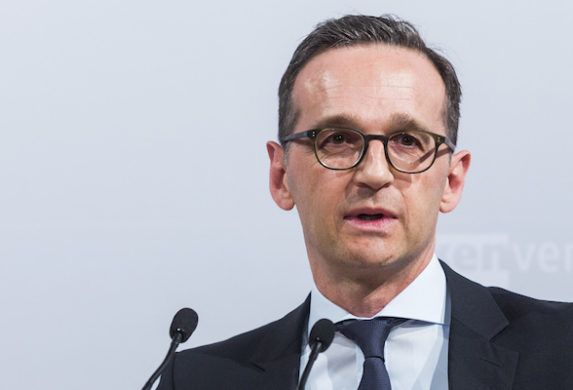 Germany on Friday rejected an appeal by US Vice President Mike Pence for Europeans to withdraw from the Iranian nuclear deal and isolate Tehran. Foreign Minister Heiko Maas defended the 2015 agreement under which Iran drastically scaled back its nuclear program in return for sanctions relief. “Together with the Brits, French and the entire EU we have found […] 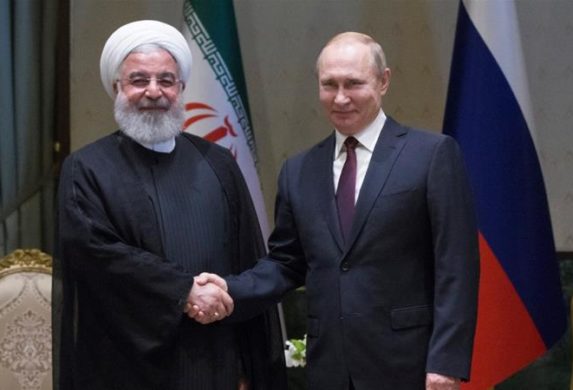 MOSCOW, Feb 14 (Reuters) – Iran, Russia and Kazakhstan are making progress on organizing finance for a long-planned wheat deal that could double or triple supplies to Iran, the secretary general of Iran’s Federation of Food Industry Associations said. Talks started a year ago, but stalled due to a lack of financing. The deal involves […] 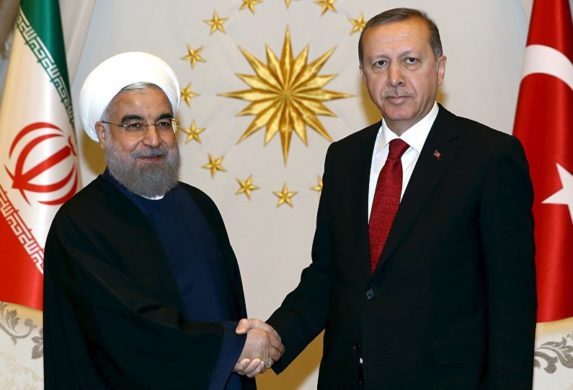 Turkey ‘ready’ to launch SPV with Iran to bypass US sanctions

Turkish President Recep Tayyip Erdogan has announced that Ankara is “ready” to establish its own trade mechanism with Iran, allowing companies from the two neighbouring countries to continue doing “legitimate” business amid punishing US sanctions. Erdogan made the statement on Thursday during a bilateral meeting with Iranian President Hassan Rouhani on the sidelines of the three-party talks on Syria in the Russian […] 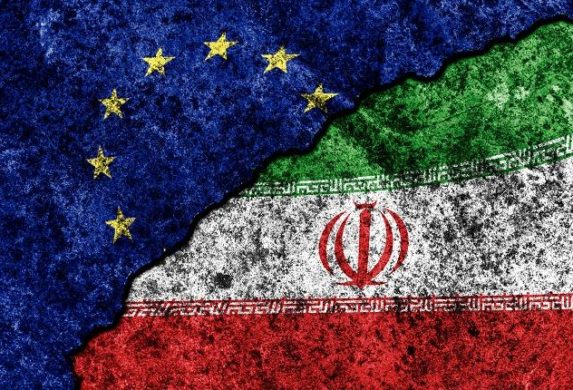 To stay or not to stay: Will Europe’s new trade initiative make a difference for Iran?

Today we have taken a significant step forward in delivering our commitment under the Iran nuclear deal to preserve sanctions relief for the people of Iran.’ These were the words of Jeremy Hunt, Foreign Secretary of the UK, as he introduced the so-called Special Purpose Vehicle (SPV), which is the latest attempt by the E3 (France, […] 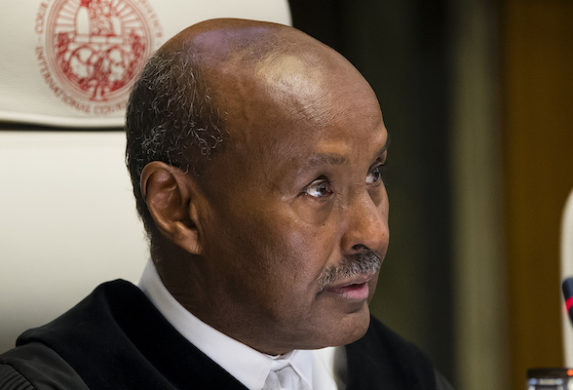 US Fails to Halt Iran Bid to Free Frozen Billions

An international court Wednesday ruled Iran can proceed with a bid to unfreeze assets in the United States, rejecting Washington’s claims the case must be halted because of Tehran’s alleged support for international terrorism. Washington had argued that Iran’s “unclean hands”—a reference to Tehran’s suspected backing of terror groups—should disqualify its lawsuit to recover USD 2 billion in assets frozen […] 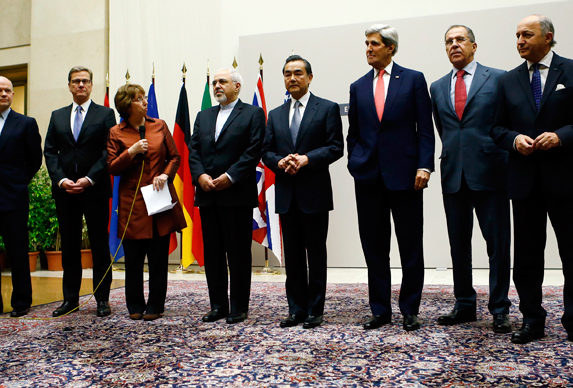 The Next U.S. President Should Rejoin the Iran Nuclear Deal, Here’s how

To the surprise of many analysts (us included), Iran has continued to abide by the 2015 nuclear deal, formally known as the Joint Comprehensive Plan of Action, despite the Trump administration’s decision last year to withdraw from it and reimpose U.S. sanctions. Tehran seems to be betting that if it can weather the economic pressure, […] 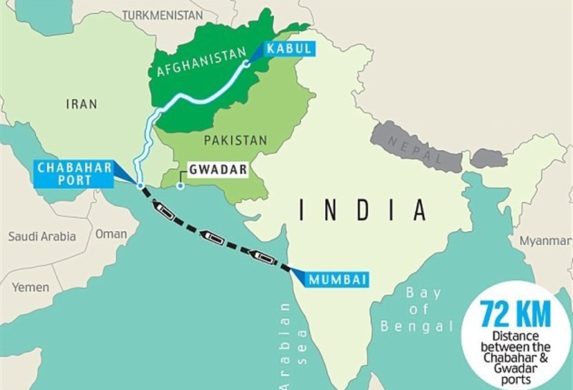 The road to peace runs through Tehran

Even if an American military pullout from Afghanistan is on the cards, the U.S. will want to leave behind a stable country. And any peace settlement in Afghanistan will stand a better chance of staying on the rails if it is supported by regional powers. In other words, ties between Afghanistan and its neighbours, including […] 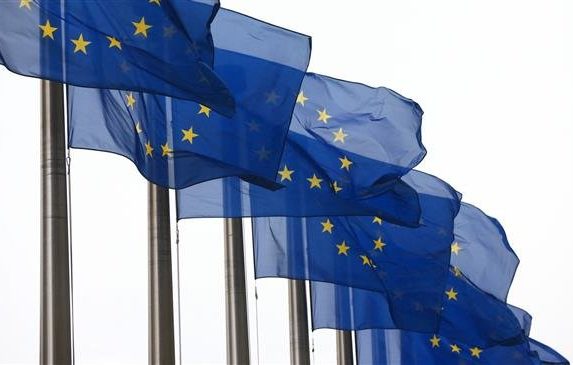 Trading with Iran via the special purpose vehicle: How it can work

Following weeks of speculation, France, the United Kingdom, and Germany (the E3) have formally registered a special purpose vehicle (SPV) to help facilitate trade with Iran – trade that the return of US sanctions has significantly hampered. This comes after months of technical coordination between member states led by the European External Action Service. While […] 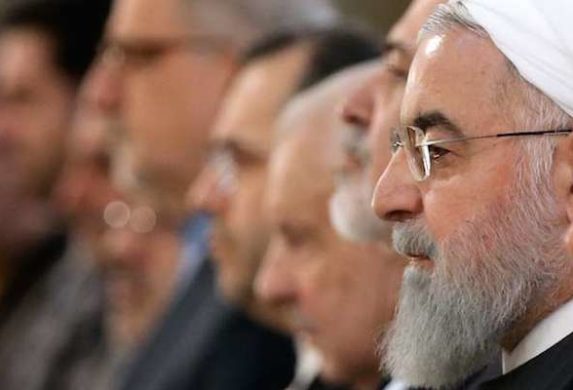 Iranian President Hassan Rouhani said Wednesday his country would be ready to establish “friendly relations” with the United States if it apologized for past wrongs. “Our slogan is friendly relations with the whole world,” he said. That would even include “America, if it repents… and apologizes for its previous interferences in Iran, and is prepared to accept the […] 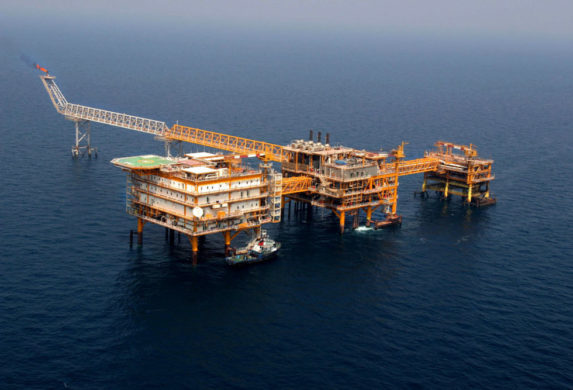 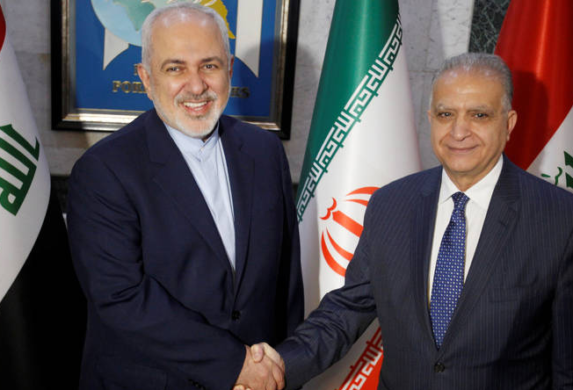 How US sanctions could be boosting Iran’s presence in Iraq

Geopolitical power projection could be, at first sight, the logic underlying Iran’s policy of expanding ties with and playing a role in Iraq. But in recent years, and with the growing necessity arising from the reimposition of US sanctions, Tehran has chosen to also focus on geo-economic interests in Iraq. It has tried, therefore, to augment its share […] 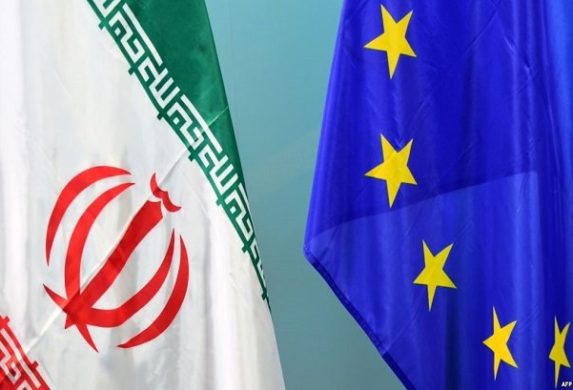 Europe Tests the Boundaries on Iran

On January 31, 2019, France, Germany, and the United Kingdom announced their most substantive move yet to save the 2015 Iran nuclear deal, to which they are signatories, from collapse. With the European Union’s blessing, the three states established a special channel that shields trade with Iran from U.S. sanctions. The Instrument in Support of Trade Exchanges, […]