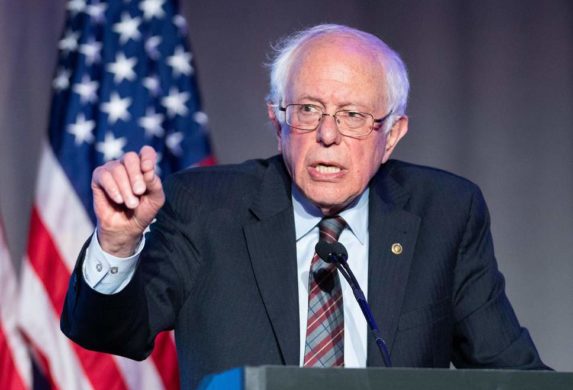 2020 Democrats Rebuke Trump on Iran, Say They’d Put US Back in Nuclear Deal

Most of the Democrats running for president are vowing to put the United States back in the Iran nuclear deal that President Trump withdrew from nearly a year ago. “Our intelligence community told us again and again: The #IranDeal was working to prevent Iran from obtaining a nuclear weapon. If Iran continues to abide by the terms […] 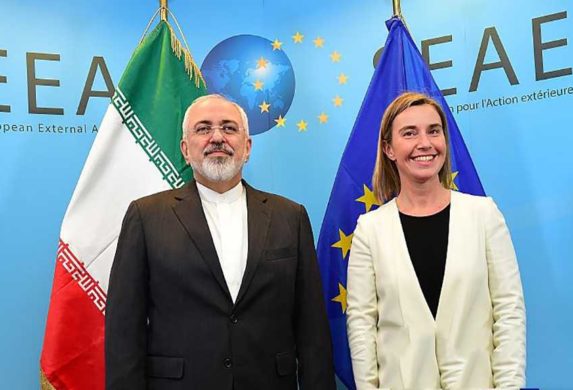 Europe pledged to keep afloat its efforts to aid Iran after the U.S. tightened the screw by targeting all exports of Iranian oil for sanctions. The French government and the European Union both said they will abide by the terms of the Iran nuclear accord with world powers even after the latest U.S. move. France […] 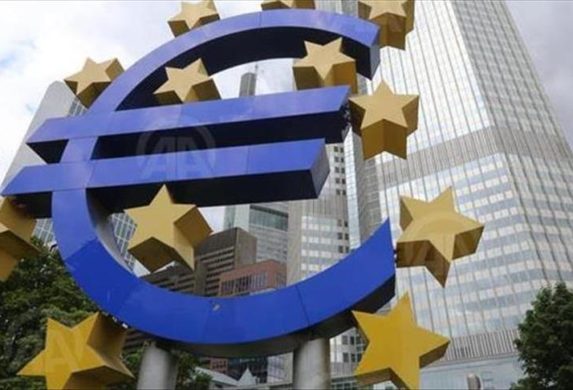 ARIS, April 23 (Reuters) – The ‘Instex’ mechanism set up by France, Britain and Germany for Iran to skirt U.S. sanctions is making positive progress, said the French foreign ministry on Tuesday, as it responded to the latest moves by the U.S. government to put pressure on Iran. “The work that has been put in […] 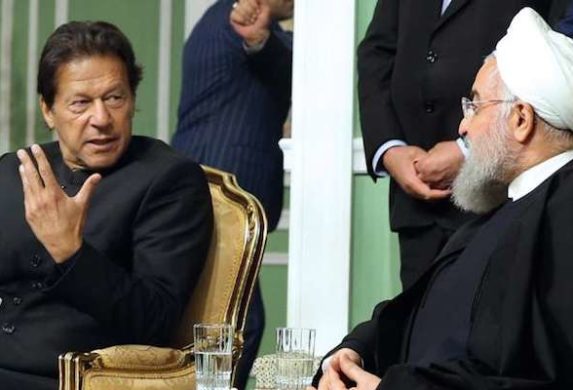 Pakistani Prime Minister Imran Khan began his first official visit to Iran on Sunday for talks set to focus on strengthening ties and countering terrorism, state media reported. Khan began his two-day visit with a stop in the northeastern holy city of Mashhad, Iran’s second largest and home to the shrine of Imam Reza who is revered by Shiite muslims, state […] 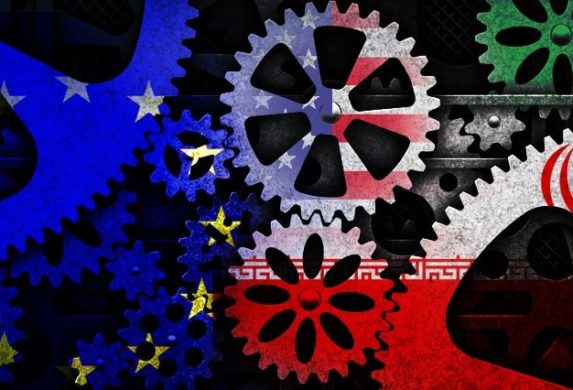 The Netherlands Ambassador to Iran Jacques Werner said the European Union is a still a partner for Iran nuclear deal and is following up the Instrument in Support of Trade Exchanges (INSTEX) to continue financial transactions. Speaking to IRNA, Werner said despite new sanctions against Iran and the US withdrawal from Iran Deal also known […] 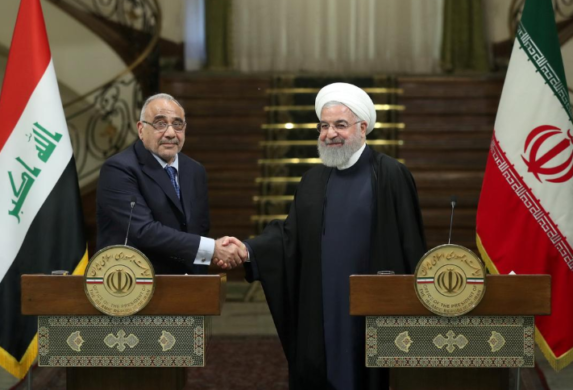 GENEVA (Reuters) – Iran and Iraq have reached an understanding about developing two oilfields on their mutual border, Iran’s oil minister was quoted saying on Sunday, a day after Iranian President Hassan Rouhani called for increased trade between the two countries. The focus of the understanding is the development of the Naft Shahr and Khorramshahr […]

The deadline for the US administration to decide whether to extend sanctions waivers granted to buyers of Iranian oil is now less than a month away, and President Donald Trump faces a tricky decision. He undoubtedly wants to increase pressure on the Persian Gulf nation, but in doing so he risks stoking oil prices and with […] 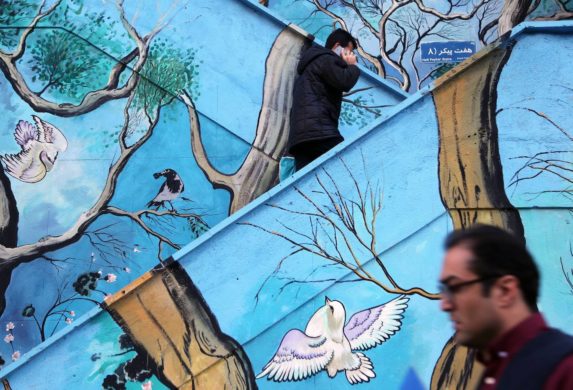 A Year after US Withdrawal from the Nuclear Deal, Iran Digs in

Nearly a year after the Trump administration unilaterally withdrew from the Iran nuclear deal, it is loudly proclaiming the harsh impact of reinstated US secondary sanctions on the Iranian economy. As a result of reduced revenues, US officials assert that Iran is under increasing pressure to scale back its support for proxy groups that have widened Iran’s […] 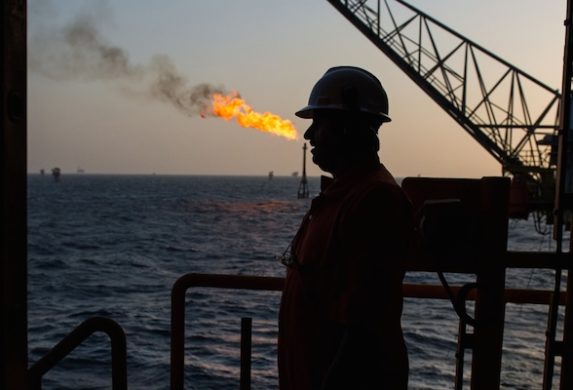 Iran Says OPEC+ Pact Will Be `Easy’ to Extend Beyond June

The OPEC+ group could easily extend its agreement on oil-production cuts, according to Iranian Oil Minister Bijan Namdar Zanganeh. “My understanding is, there is no difficulty extending the cooperation. It should be easy” to prolong the deal beyond the first half of the year, Zanganeh told reporters in Moscow following a meeting with his Russian […] 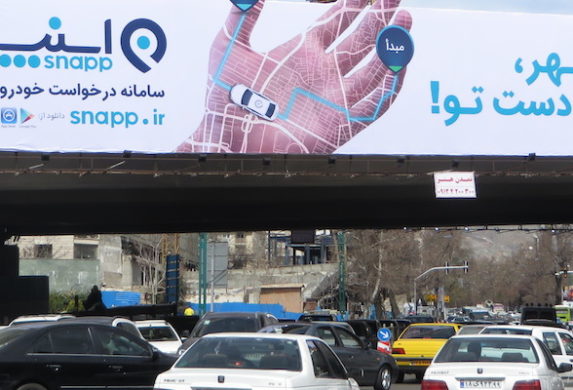 Snapp, also known as the Uber of Iran, said its ride-hailing app is generating two million fares a day as young people in Tehran embrace technology in a market that’s off-limits for western investors. “Snapp Tehran is now larger than any Uber city globally,” co-founder Eyad Alkassar said in a statement. “Reaching this milestone in […] 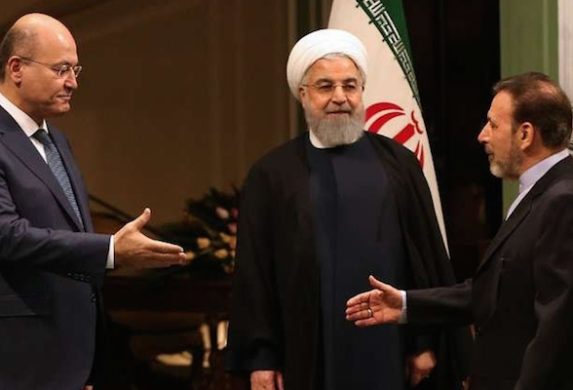 With Focus on Economic Relations, Iran-Iraq Ties Move Into the ‘Daylight’

Expectations were high when Iranian president Hassan Rouhani visited neighboring Iraq last month. During the trip, his first as president, Rouhani signed multiple trade deals with Iraq, where the return of peace and stability has renewed the government’s focus on economic development. The deals covered a variety of sectors including railway construction, electricity infrastructure, and […]